TAF-Taking Aviation Forward, LLC, is a company that has a vast knowledge in aviation, and alliances world wide… 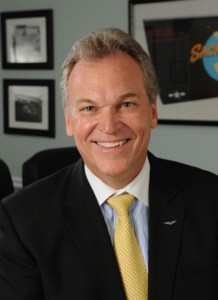 Konrad has 40 years of experience in the aircraft and engine maintenance, sales, and leasing industry. In his early career he used his A&P license to learn the business from the ground up as a service technician for several Miami area service companies and Eastern Airlines.

He progressed to management responsibilities at Greenwich Air Service and GE Engine Service. His entrepreneurial spirit then led him to be a founding partner and President of Patriot Aviation Services in 1998.

This was followed in 2002 by being founding partner and President of Complete Turbine Service. Under his guidance this company quickly developed a worldwide reputation as a cost-effective, quality organization for Field Service and Hospital Repairs of large commercial jet engines. Konrad sold his interest in the company in 2010 and assisted the new owner in developing a world class, full service engine MRO organization now known as CTS Engines where he served as President and COO.

Konrad continues to give freely of his personal time to many aviation related organizations. He is Past President (97/98) and current member of the Board of Directors of the Greater Miami Aviation Association (GMAA), and Chairman of the Broward College Aviation Advisory Committee. He is also involved and a member of ISTAT. He currently serves on the ISTAT Foundation Scholarship Committee, as well as a Foundation Scholarship Ambassador for Florida. Throughout his career he has received several achievement awards such as the GMAA’s prestigious Corporate Achievement Award for “outstanding contributions to Florida and the Aviation Industry”. Most recent award received October 2019, ‘Lifetime Achievement Award”, during the GMAA Wright Brothers Memorial Award Gala. This award is given to an individual who has dedicated their entire professional life to the Aviation industry. The award recognizes a constant demonstration of perseverance, integrity, leadership and mentorship. The achiever is recognized by his peers as someone who has personally contributed his time and effort to promote and elevate the status of our industry. http://animoto.com/play/7zKEbovzEyH1kiMCSY47EQ